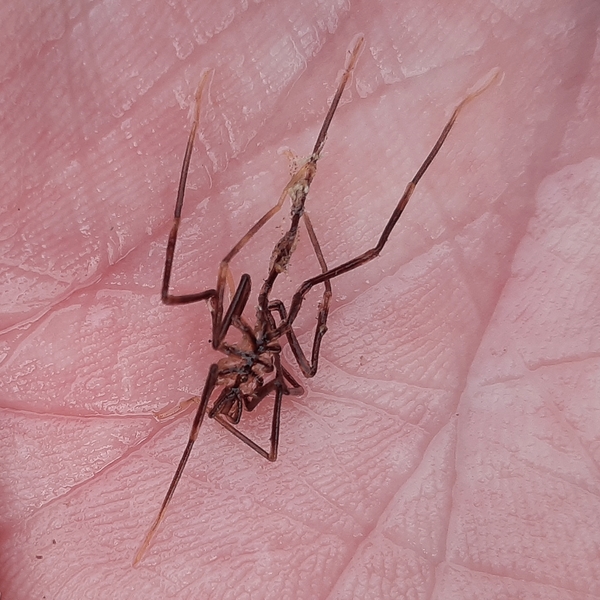 Wyscombe beach lies just around a headland to the west of Ayrmer Cove. Viewing satellite images of the reef we hoped for new discoveries since there appeared to be deep rock-pools and a more extensive reef. On the day we found the scale to be larger than expected.

Access was by the same car park but we had to walk up over the headland on the way to this new beach. On the way back we were able to make use of a tunnel we saw on the last visit. It was important we kept an eye on the time as there was arisk of getting cut-off by the incoming tide.

We always try to time our visits for a good spring tide. These generally occur with a low tide just after lunch, which makes for a full day out. Half tide to half tide is about 6 hours with a 40 minute drive each way.

Nice but not too nice

We chose this Tuesday as the forecast expected rain on the Wednesday. We like it dry – but if the weather is too nice then more people are heading out tothe beaches and it can be more difficult to find parking. We never have a problem once at the beach as we do not stay on the sand at all.

With every new beach we visit there is a chance that we will find something new or unusual. Our Wyscombe beach discoveries include many species we have found before but this time we were better equipped to get decent photos.

The Gangly Lancer (see the bottom of the page) was a great find but being so small it was very hard to get a properly focused image. Dad tried with his digital SLR and close-up lens but in the end the best shot was with his phone.

One day we will remember to try getting some video footage.

We lifted a rock and underneath was a brittle-star. It had strange colours (cream around the centre with a silver centre) making me wonder if it was in-berry. Worryingly the larger one was leaving the tip of its legs behind – perhaps a decoy tactic against predators.

We found many Risso’s crabs at Wyscombe. Dad wanted a picture of the hairs on the legs but they would only show well if it was in the water. Of course, once in the water the crab wanted to run away, so I had to hold it, gently.

There was a cave there at the side of the beach and it had two tunnels, one through the headland and the other to a blow hole. We had fun exploring.

In the one tunnel we saw a oyster on the wall of the cave. When we got home we first thought this was one of the invasive species as most images of the native oyster appear round. The ones in France seem to be more elongated like this – with the same latin name – so maybe the shape is not the best indicator.

Dad wandered off after lunch to explore the very edge of the reef and he saw some rainbow wrack in a rock-pool. I like it because of the range of colours while it is in the water. I don’t remember seeing it before.

We found many cushion stars beneath rocks. They are quite common on all shores but lots of people miss them because they are quite small.

The pipefish was the hardest to notice because it looks very much like seaweed. I only saw it because it wriggled its tail. When being held this one went very stiff, almost like a piece of stick.

We also found many of these under rocks but they are sometimes hard to spot if they don’t move because they look like a small pile of sand. I have never noticed the very long antennae before.

This was a lucky find because I only saw its leg move in the corner of my eye. It is tiny and we had to handle it very carefully. The body part was less than 10mm long.